Its lousy reputation has preceded the digital asset for some time: Bitcoin is terrible for the environment

. Bitcoin is a monstrous power guzzler. Producing bitcoin uses a lot of power. In short: Bitcoin is a climate sinner. But is it true? Recent findings on the subject shed new light on Bitcoin’s environmental footprint. There is one new currency in the market that is getting popular nowadays named Digital Yuan, you can invest in this currency with an auto-trading bot.

Is Bitcoin bad for the environment?

Bitcoin’s energy consumption is likely to be one of the most discussed aspects of the number 1 cryptocurrency in mainstream media and its price development. It is known that Bitcoin harms the environment. Right? There are numerous methods of looking at this. This article would therefore like to approach the effects of Bitcoin on the climate with two questions:

A complex subject, based on numerous factors – so complex that many studies come to completely different – and often premature – conclusions. “Anyone who interferes in this opaque debate must deal with the basics before making a final assessment,” warns crypto entrepreneur Nick Carter, for example. That sounds like the fight against half-truths and tendentious reporting. Carter is considered one of the most cited experts on the subject of Bitcoin and the environment: the American is the founder of the blockchain research company Coin Metrics Inc., also an advisor to the “Bitcoin Clean Energy Initiative” and an author for Bloomberg, CNBC, Euronews, and Yahoo Finance.

Carter has established himself as a fixture within the crypto industry – his word carries weight and is quoted a lot. He has dedicated himself to the issue for years, tirelessly commenting on misinformation – with growing success. “I think people will better understand the utility of bitcoin if they consider some of the data,” the entrepreneur said in the interview.

But which data is relevant to understanding Bitcoin’s impact on the environment? For example, how much energy does the Bitcoin network need? Cambridge University in England is now famous for its figures on bitcoin energy consumption. According to this, Bitcoin will consume a total of around 115 terawatt-hours (TWh) in 2021. For comparison: According to the Federal Environment Agency, Germany had a total of more than 551 terawatt-hours in 2020. In neighboring France, the government generated 500 terawatt-hours of electricity in the same period.

On the other hand, the much smaller Finland achieved 84.2 TWh in 2019, and Belgium 82.1 TWh. Given these numbers, the case seems clear: Bitcoin consumes almost twice the energy compared to the country.

The allegedly enormous carbon footprint is also often cited. Carter, sounding distraught, writes, “I keep telling people that there’s a big difference between energy use and the associated carbon intensity of that energy.

Few listen.” Anyone who believes that they can extrapolate the relatively known energy consumption linearly to the carbon intensity of that energy (which is not known at the moment) is deluding themselves. “You can make a model that assumes different energy mixes, that’s the best thing,

The fact is: that Bitcoin needs a lot of electricity. Undisputed. But does it use “too much” electricity? 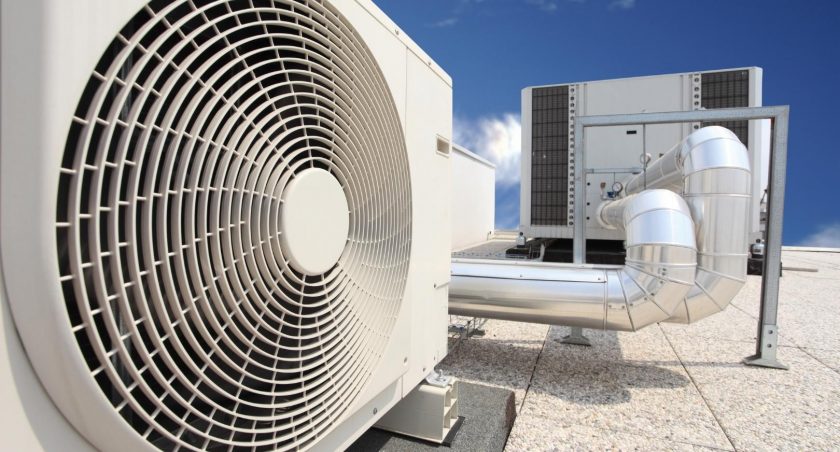 Crypto environmental expert Carter emphasizes Air conditioning systems, heaters, dishwashers, tumble dryers, and other everyday things also consume massive amounts of electricity – each of them even far more than Bitcoin. For example, tumble dryers for domestic use twice the energy worldwide (the balance is even worse for industrial appliances). According to Carter, air conditioning systems generate an incredible 2,000 terawatt-hours per year. Even if one were to add up the total energy expenditure of the financial sector, one would find that “it is much, much larger than the energy consumption of Bitcoin.” Estimates from 2015 suggest values of 100 TWh for banks alone – per year. Not to mention the electricity costs for Netflix or the Christmas lights.

Ultimately, it remains a matter of opinion whether one finds a non-governmental, uncensorable, globally accessible means of payment more useful for financial inclusion than tumble dryers and dishwashers. However, there seem to be signs that Bitcoin will retain its place in society. One question, in particular, appears to be relevant from an environmental point of view: From where does the electricity for bitcoin mining come from?

Bitcoin miners have an insatiable appetite for cheap energy. After all, the cost price for producing a bitcoin largely depends on the energy price that miners pay. The lower it is, the more profit they make.

In many places globally, the local energy price is too high to mine profitably. However, Bitcoin miners can quickly move their equipment and settle in places where the energy price is as low as possible. Usually, these are places where a lot of electricity is generated locally, but only a negligible consumption.

In practice, this often turns out to be the case with sustainable power stations, such as hydroelectric power stations, for example. They produce large amounts of electricity day and night and, as a result, regularly struggle with energy surpluses that they have to sell below the market price.

Bitcoin miners eagerly take that energy. According to research, 39% of the total power consumption of the Bitcoin network would come from renewable energy sources. Other studies estimate the percentage to be higher. Miners probably don’t do this because of the climate but because it is cheaper and more profitable.

Bitcoin mining instead of flares

Yet the energy is probably nowhere as cheap as where they burn it out of necessity. Therefore, more and more start-ups and companies are focusing on using surplus gas for mining purposes.

The idea is simple: portable and reusable mining installations, which oil producers can connect to the surplus gas on site. The gas is used to generate electricity that is used to mine bitcoins. Furthermore, it is fully adaptable to the amount of gas present, and when the gas is used up, the installation can easily be moved to a new location.

Since profitability is linearly linked to efficiency, it pays to capture as much gas as possible and waste as little as possible. For example, an undesirable and polluting cost item suddenly becomes an interesting new source of income, which is not at the expense of the climate objectives. Instead, it offers financial incentives to contribute to them.