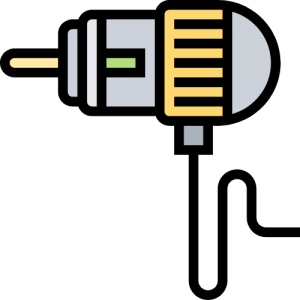 A rotary encoder is an electromechanical device used to sense several applications. Basically, an encoder tracks the rotation of motor shafts to generate digital position and motion information.

Incremental Encoders are one of the most commonly used rotary encoders. At its core, an incremental encoder is a rotary electromechanical device designed to convert a shaft’s angular motion or position into digital codes. The pulses issued by this device indicate the motion and direction of movement. Some incremental encoders will give pulses to indicate their location regarding a particular position, while top-notch peers have alarms to signify internal faults.

Incremental encoders can be used in multiple light, industrial, and heavy-duty applications, thanks to their versatility and a wide array of functionalities. In this article, you will find everything you want to know about incremental encoders. Keep reading!

What is an incremental encoder?

An incremental encoder is an electromechanical device that transforms the angular position into pulses or digital signals using an optical disk. This type of encoders can be used to indicate position, speed, and distance. Although they excellently measure changes in positions and offer incredible distance and speed feedback, incremental encoders cannot indicate absolute position.

In every revolution, an incremental encoder generates a particular number of pulses, where each pulse is an increment that corresponds to a defined resolution. The signals are counted from zero every time the encoder is switched on. This means it does not store the position; therefore, you must set a reference position before the device starts counting again. Indeed, this referencing highlights the primary difference between incremental and absolute encoders.

How does an incremental encoder work?

An incremental encoder is designed to provide a specific number of pulses in every complete rotation. The device has two outputs signals: A and B, responsible for issuing pulses once when the encoder is moved.

To generate signals, incremental encoders employ a quadrature, which is simply the phasing between channel A and channel B signals. This means the pulses emanating from the outputs are quadrature-encoded. The output from an incremental encoder can be a single line or two lines of pulses that offset to determine rotation.

At a constant velocity, each pulse from an incremental encoder has a 50% duty cycle, and there is a 90-degree phase difference between A and B. At any given time, the frequency of pulses on the outputs is directly proportional to the rate at which the encoder changes position (its velocity). Static signals from the output signify that the encoder is not moving.

The assembly of a typical incremental optical encoder usually includes a spindle assembly, a Printed Circuit Board (PCB), and a cover. Its PCB is fitted with a sensor that creates only two primary signals to indicate position and speed. It is also equipped with an optical sensor that detects lights as it goes via a marked disc. The spindle assembly rotates as the disc moves, and the PCB converts the information into pulses.

Some incremental encoders may also feature channel Z as an additional output signal. Designated as an index, this signal is responsible for homing and pulse count verification – indicating the device position. Z channel can either be gated or ungated.

For incremental encoders designed for use in servo motors, it is no surprise to find them with commutation (U, V, W) channels. They are aligned with commutation windings and help ensure the motor amplifier applies current to each winding in the right sequence at an ideal level.

Difference between the incremental encoder and absolute encoder 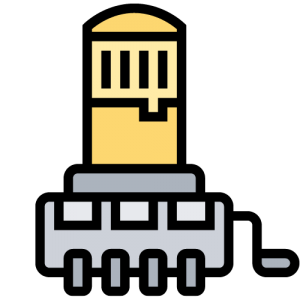 Although both incremental and absolute encoders are electromechanical devices that measure linear or angular of a shat and convert the into pulses, they differ significantly.

The encoders also have different operating principles. An incremental decoder counts the output pulses relative to a reference point to increase angular position signals. On the other hand, an absolute encoder has a binary-coded disk mounted on the shaft so that the two components rotate together. Unlike in incremental encoders, the angular position of every shaft is described by personalized unique code.

While different approaches classify encoder differently, the most common way is characterizing them by the movement being monitored. Subject to this criterion, here are the three common types of encoders:

Depending on various electromechanical technologies used, encoders can also be classified into magnetic, optical, laser, capacitive, or inductive.